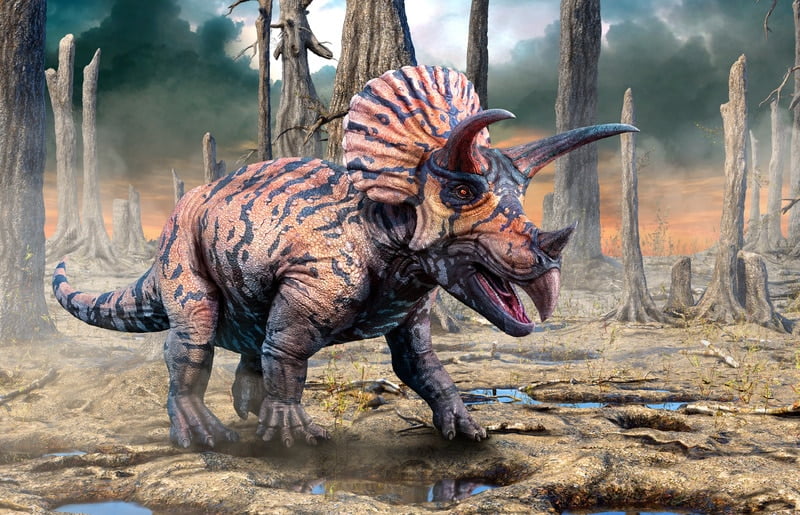 Do dinosaurs have common names? Dinosaur names are notoriously difficult to say. We all know the most popular ones because they’re prevalent in pop culture. Tyrannosaurus, Triceratops, and Stegosaurus are no more difficult to say than Elephant; how many people can pronounce, much less, spell Tuojiangosaurus?

Dinosaur names are often hard to pronounce because their scientific names are derived from Greek and other languages. While modern animals have scientific names too, these are not widely known because common names for them have emerged over time.

We learn the common names of animals growing up based upon terms handed down culturally over the years.

For instance, Panthera leo is the scientific name for lion. It’s never referred to this way outside of an academic setting.

So why don’t we have common names for dinosaurs? Keep reading to learn more about these distinctions.

Table of Contents
1 How Are Modern Animals Named?
2 Dinosaur Common Names From Pop Culture
3 What is Linnaean Taxonomy?
4 How do Dinosaurs Get Their Names?
5 How to Pronounce Dinosaur Names
6 Will Dinosaurs Develop More Common Names?

How Are Modern Animals Named?

The primary reason that we give common names to modern animals is our familiarity with them. Lions exist in our time and so most people will refer to them more frequently than specific dinosaurs.

If you were having a conversation about your favorite movie about Pantera leo, many people would not understand. Accordingly, most forms of media produced by scientists simply refer to them as lions.

Looking at the picture above you might have recognized it as an owl. If you have additional knowledge, you might know it as a Great Horned Owl. I did not know of the scientific name, Bubo virginianus, until I looked it up for this article.

But what about the non-avian dinosaurs? One main example is the proliferation of the term ‘raptor’ to describe any dinosaurs from the family Dromaeosauridae. This became popular after Jurassic Park.

In 1993, Jurassic Park spurred a dinosaur revolution. In another article, I describe the profound connection of dinosaur media to public understanding.

Velociraptor can be a difficult word for some people to say, especially regularly, so naturally, “raptor” is a perfect shortening for casual discussion. Paleontologists even use the term raptor in many cases.

Notably, the characters in both the Jurassic Park books and movies use common names to describe the animals. This develops from familiarity with the animals leading to the simplification of names.

In their world, they’re alive and present at the park. It would only make sense to use nicknames to describe them to make it easier on park workers.

While known to fans of the series, terms such as “Trike” instead of Triceratops never gained traction as broadly as raptor. Given enough proliferation of the term, it’s likely that it would eventually.

In 2000, Disney released its dinosaur movie, appropriately named, Dinosaur. This did not introduce any new common terms for dinosaurs, but it did popularize one genus: Carnotaurus.

Carnotaurus has appeared in other media since, including Camp Cretaceous, but has mostly been called by its scientific name, which translates to meat-eating bull. This name references its prominent brow horns.

You may be wondering, how exactly do dinosaurs get their names? Paleontologists name dinosaurs based on many factors, but follow taxonomic naming conventions set by the Linnaean system.

What is Linnaean Taxonomy?

The Linnaean taxonomy system was created by Carl Linnaeus in 1735 to classify organisms. Britannica has a great article on the subject. Our modern classification system groups living organisms in the following way, from most to least inclusive: domain, kingdom, phylum, class, order, family, genus, and species.

Evolutionary relationships form the basis of taxonomic classification. This means that a common ancestor evolved into variations over time, adapting to different conditions. For simplicity’s sake, let’s first look at humans.

Humans are primates in the family Hominidae along with gorillas. Our genus is Homo and the species is sapiens, abbreviated H. sapiens. Homo sapiens has a complex discussion on species that is beyond the scope of this article. In short, we are the only surviving (extant) species.

With dinosaurs, most often they are known only from the genus, such as is the case with Triceratops. Tyrannosaurus rex, being the most iconic, is often referred to by species.

Triceratops means three-horned face in Greek. Pretty boring name, but it describes the animal. Triceratops has two known species, horridus and prorsus. Like T. rex, it can be abbreviated T. horridus and T. prorsus.

By now you have a basic understanding of how taxonomic classification applies to animals. So, how are dinosaur names created?

How do Dinosaurs Get Their Names?

Dinosaurs are named in the same way as modern animals. When a new dinosaur is described, the name is often based on the physical traits of the animal, the location where it was discovered, or after a significant person. This article from Live Science describes the origin of many famous dinosaur names.

Some dinosaurs have unique names with interesting backstories. Irritator challengeri, for example, got its name Irritator because the skull was artificially elongated by fossil collectors in an attempt to earn more money from it.

The species challengeri comes from the fictional character Professor Challenger, one of the main characters from Arthur Conan Doyle’s novel, Lost World. Learn more from this article on the New Dinosaurs website.

How to Pronounce Dinosaur Names

While you may create your abbreviated name to define specific dinosaurs, it’s unlikely that you can use these terms broadly without confusion. It’s always possible to learn how to pronounce the names of new animals once you learn of them.

The ThoughtCo website is a fantastic resource with a large index of dinosaurs, listed from A to Z. When you click on an individual genus, you can see a pronunciation guide and some basic facts. Their listing is one of the most complete I’ve found online, but there are many books available that can help.

Remember that pronunciation of all words may differ between different regions, accents, and personal preferences. Spelling and pronunciation are merely a search away, so never hesitate to learn something new.

As you engage in more discussions on dinosaurs, it becomes easier to pronounce the names of new genera. It’s why children are exceptionally proficient in reciting dinosaur names. If you want to learn more about why children are obsessed with dinosaurs, we have an article on that topic.

With the surge of dinosaur popularity since the Jurassic Park franchise made a comeback, we are sure to get a plethora of new dinosaur media. With this comes the potential growth in the popularity of lesser-known dinosaurs. Some interesting names may likely gain popularity to the same extent that raptor did during the early 90s.

Do you have any common names for dinosaurs? Let us know by leaving a comment. If you find the article helpful, please share it to help us grow.