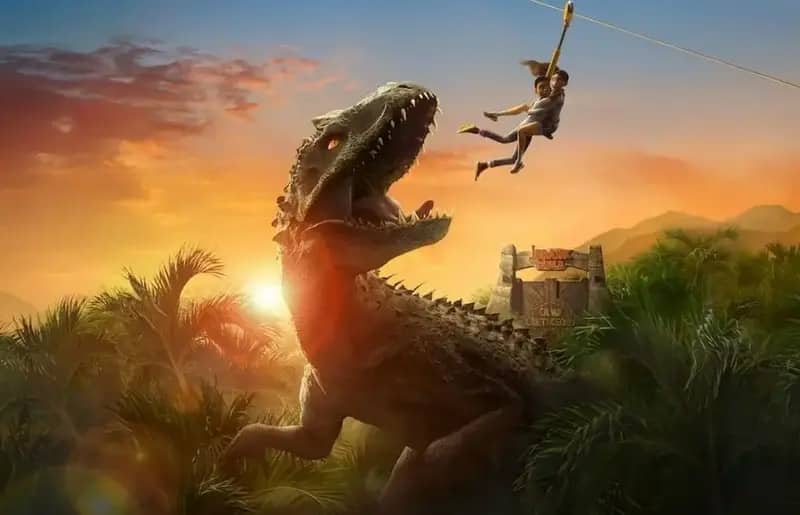 Jurassic World: Camp Cretaceous was long overdue. There have been numerous Jurassic Park shows planned since the first film debuted in 1993. Now, in 2020, we finally have our show and it was worth the wait.

While the announcement was met by skepticism, critics and fans tend to agree that this show outperformed their expectations. While it is not without fault, Jurassic World: Camp Cretaceous will appeal to many audiences by telling a new story from a classic perspective. What makes this show special? It has strong characters, a compelling plot, and a plethora of dinosaurs.

This article contains a few spoilers, so if you want to watch the show I suggest that you do that first and then come back. All you’ll need is a Netflix subscription (or know someone who does). If you are ready to learn more, keep reading.

Why Camp Cretaceous is so Great

Jurassic World: Camp Cretaceous tells a meaningful story that appeals to more than just kids. While it may not be canon to the film universe, it provides lore that the franchise needs. Just consider the Star Wars or Marvel franchises.

These have various movies and shows that offer additional content. Jurassic Park only has 5 films and a handful of video games and comics. This show has filled a content gap that has been empty for decades. While it could have been mediocre, it surpassed the expectations of most people.

While the animation is not the greatest and the dialogue is clearly written for a younger audience, it’s a story that anyone can find engaging. The show could have toned the story down to appeal to younger children and still capitalized off of the brand. Instead, we have a deeper story with Easter eggs for hardcore fans and valuable lessons for children who have relatable characters as protagonists.

What it Means to Longtime Fans

After the success of Jurassic Park, an animated TV show was planned. It had a completed design but never got the go-ahead from Steven Spielberg. There would be another show around the time of The Lost World that also never made it to production.

In 1998, Kenner released the Chaos Effect toy line. This series featured hybrid dinosaurs created in secret labs. Sound familiar? The toy line was vibrant and over-the-top. There was intended to be an animated TV series based on the toys, but the idea was scrapped.

YouTuber Klayton Fioriti has a few interesting videos on the canceled Jurassic Park shows. Watch these videos here to learn more about these missed opportunities:

For fans that grew up in the 90s, finally got the show we never had as children. It is nostalgia that works. Many of these kids are now parents sharing their love for dinosaurs with their children. In fact, we have an article discussing why children love dinosaurs that explores this further.

Is Jurassic World: Camp Cretaceous appropriate for young children? That may vary from child to child, but it is likely too scary for children younger than five. The only concern comes from frightening images and violence. There are plenty of high-intensity chase scenes in this show and several deaths.

While the deaths are done tastefully off-screen, screaming and bone crunching can be heard. The intended audience for Jurassic World: Camp Cretaceous seems to be older children and pre-teens. If you aren’t sure, I’d suggest watching an episode or two yourself first.

The kids in the show represent common tropes in media. In this way, these characters become more believable and relatable. While many are irritating at first, they become more interesting as their stories unfold. In this way, themes such as courage, honesty, and persistence provide meaningful lessons for children.

When do the Events of Camp Cretaceous Take Place?

We have not received information about a season 3 yet, but I believe that this show has a lot of story left. The show could provide a lot of backstory for Fallen Kingdom. You can learn more about Jurassic World and Fallen Kingdom in our other articles.

Since the story coincides with the downfall of the park, the kids encounter Indominous rex, the raptor squad, Mosasaurus, and Pteranodon. The spotlight on the series is Toro, a Carnotaurus distinguished by a scar on its nose. The campers are constantly on the run from these animals as they attempt to make an escape from the island.

Played by: Paul-Mikél Williams
Bio: Darius is the gamer and dinosaur nerd of the group who serves as the main protagonist. His dream of visiting Jurassic World comes true after he finds a way to beat a video game challenge to secure a spot at Camp Cretaceous. His journey through the island helps develop his role as leader as he is forced to make the tough decisions to help the others survive.

Played by: Sean Giambrone
Bio: Ben is the least likely participant in Camp Cretaceous. His parents forced him to go in order to help him overcome his fears. When the park descends into chaos, Ben must step up to save his friends.

Played by: Kausar Mohammed
Bio: Yaz is a star athlete who prefers to keep to herself. She must learn to trust others in her journey through Jurassic World. Trusting others, however, proves harder than she thought.

Played by: Jenna Ortega
Bio: Brooklynn is a social media star with millions of followers. She finds the opportunity to join Camp Cretaceous as a way to produce great videos. Along the way, she captures more on film than she ever dreamed to see.

Played by: Ryan Potter
Bio: Kenji is a rich brat that arrives on the island in a private helicopter. Though he portrays confidence, it becomes clear that he rarely knows what he is doing. As we learn about his relationship with his father, the audience can begin to sympathize with him despite his overbearing personality.

Played by: Raini Rodrigue
Bio: Sammy is a farm girl who applies her knowledge of cattle to dinosaurs. We learn that her parents have had financial troubles. This leads Sammy to perform covert operations for some shady characters to save her family.

Played by: Jameela Jamil
Bio: Roxie is head counselor at Camp Cretaceous. She is determined to follow protocol. These kids prove to be a challenge that she never anticipated.

Played by: Glen Powell
Bio: Dave tries his best to convince the campers that he is in charge. While he lives in the shadow of Roxie, he does his best to make the tough calls. When the park collapses, he maintains composure while searching for the campers.

Played by: Greg Chun
Bio: Dr. Wu makes a cameo appearance as the campers take a tour of the genetics lab. He is not amused by the antics of the campers. When he lets his guard down, his secrets are discovered by prying eyes.

What’s Next for Camp Cretaceous?

With season 5 on the way, many are wondering if a season 6 is in the works. While we have no confirmation yet, I feel confident the show will continue due to the positive reception it has received. The Jurassic franchise is at the highest point since The Lost World. With Jurassic World: Dominion coming out in 2022, this show has the potential to keep the brand relevant.

If you haven’t seen it yet, check it out on Netflix and then come back here and let us know what you think. If you enjoy Jurassic World: Camp Cretaceous, please consider leaving it a positive rating on Netflix to support the show. Share this article with a friend so that they can discover this show too.